NASA’s Jet Propulsion Laboratory (JPL) is the center of all of NASA’s robotic development for unmanned space missions.  Home to mission control for the Deep Space Network, otherwise known as the “Center of the Universe,” JPL is the birthplace of every probe or rover to travel beyond the moon as well as many lunar missions and Earth-based satellites.  More information can be found at the website here.

I had the chance to intern at JPL as an undergraduate in the summer of 2016.  My task was to test and characterize designs for the Microspine Gripper for the Asteroid Redirect Mission.  When I was asked to return in the summer of 2017, I was made the lead mechanical engineer on an extremely early phase project to build an anchoring gripper for an ice climbing robot.  This became the Ice Screw End-Effector, which was successfully deployed as an ice anchor and core sampling system on Mt. Rainier.  The success of my work led to the project getting fully funded and more full-time engineers joining the team after the end of my internship.  By the time of summer of 2018, the project was in full swing having built and deployed the world’s first ice climbing robot.  My task during that summer was to experiment with new designs for ice anchors that would work on cryoice such as that found on icy moons like Europa and Enceladus.

My internships were in the Robotics section with the Extreme Environment Robotics group (347C).  I worked in the Rapid Prototyping Lab with Dr. Aaron Parness as my mentor for all three years. 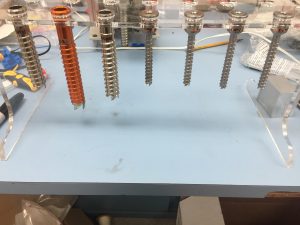 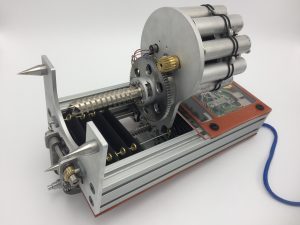 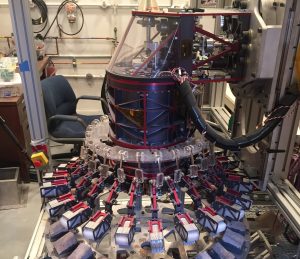